Your partners for Business Service and Advisory, Taxation, Audit, Fraud and Risk.

Whatever your business, industry or family office, from local or international institutions we bring extensive expertise.

We're one team with a purpose and passion for what we do. Learn about our culture and career opportunities available to you.

Uncovering insights, trends and inspiration to help business grow in an ever-changing world.

We are always looking for ways to engage and give back to our community.

Your partners for Business Service and Advisory, Taxation, Audit, Fraud and Risk.

Who do we help

Whatever your business, industry or family office, from local or international institutions we bring extensive expertise.

We're one team with a purpose and passion for what we do. Learn about our culture and career opportunities available to you.

Uncovering insights, trends and inspiration to help business grow in an ever-changing world.

Working to give back

We are always looking for ways to engage and give back to our community.

by David Prichard and Andrew Law

JobKeeper 2.0 – Extended as widely envisaged but not for everyone

The Federal Government have released details of the widely anticipated changes to the JobKeeper program including an extension to its original finalisation date of 27 September 2020.

Whilst the extension is welcomed news for many businesses, the announcement has outlined a number of major changes which will require businesses to not only re-evaluate their entitlement to claim the JobKeeper subsidy after September, but also to categorise employee entitlements based on the number of hours worked. Whilst the exact legislative framework of the changes is yet to be released (and as we know from past experience the devil is in the detail), the high-level major changes have been announced.

What this means for employers and employees

Eligibility for JobKeeper payments after 27 September 2020 is not automatic and will require comparing actual quarterly GST turnover in 2020 to the comparative 2019 period in most circumstances. The extended program will run in two parts – the quarter to December 2020 and then the final quarter to March 2021.

A two-tiered payment system will apply for eligible employees, based on the average hours worked in February 2020. Staggered reductions in the JobKeeper payment made to employees, from $1,500 per fortnight to (depending on the tier the employee satisfies):

The rules can be changed!

The announcement also outlines that the Commissioner of Taxation will have discretion in applying the new eligibility criteria in certain circumstances (as they have done previously with the alternative tests available).  In addition, the Commissioner of Taxation will also have discretion in respect of granting extensions for making payments to eligible employees, clearly a learning from the original JobKeeper program.

Future forecasts are no longer relevant in being able to claim the extended JobKeeper payments – eligibility will be based on actual performance.

Whilst eligibility was locked in until the end of September in the original scheme, accessing the extended scheme requires ongoing assessment.  If an entity doesn’t pass the decline in turnover test (30% for most entities) on an actual comparison basis for both June and September 2020 quarters (ie compared to the corresponding 2019 period), they become ineligible for JobKeeper payments beyond 28 September 2020.

The announcements appear to solely focus on determining eligibility based on historic quarterly turnover rather than the monthly or quarterly approach adopted in the original program.

Eligibility for payments beyond 4 January 2021 requires a further assessment of the actual performance for the December 2020 quarter.

In practice, this means that businesses which qualified due to a single monthly or quarterly dip remain eligible until September but then would appear to be no longer eligible.  For example, a business that suffered an actual fall in turnover for the June quarter of 45% and 25% for the September quarter would appear to be ineligible for future payments.  This is despite experiencing a decline in turnover of 35% on average across the period.  Such scenarios are likely to be common and as such, it is hoped that there would be a mechanism to address this type of situation.

Assessing actual declines in turnover (e.g. for the September 2020 quarter) will require calculations very shortly after the period ends, to ensure that the correct amounts are being paid to employees. The announcement has alluded to some discretion to make backdated payments, however this remains subject to discretion by the Commissioner of Taxation.

It is not yet certain how the assessment of actual decline in turnover will occur where entities have qualified for the current JobKeeper payment under the alternative test methods (an example would be where an entity did not exist last year, or an entity had significant growth in the last 12 months). This will be an area of uncertainty until Treasury confirms these alternative assessment criteria. Stay tuned for more on this!

Employee equality has been removed

All employees are no longer equal as an analysis of hours worked by employees is required to assess which tier of payment they are eligible for.   This change is in response to certain employees essentially receiving a pay rise under the original JobKeeper program.

Employers will be required to assess the hours worked by an employee in the four week period before 1 March 2020 to determine whether the 20 hour threshold has been reached.  Employers will need to identify and notify the Commissioner of Taxation of the relevant rate for each employee, thus requiring major changes to payroll software, to ensure a streamlined disclosure process through Single Touch Payroll.

As this is the first major announcement from Treasury in relation to the second phase of JobKeeper (there are three months to implementation), we expect there to be adjustments following community and professional consultation. We will continue to keep you posted!

If you have any questions regarding these proposed changes, please do not hesitate to reach out to your ESV Engagement Partner on 02 9283 1666.

Socialise, stay up to date with our news, and share your thoughts. 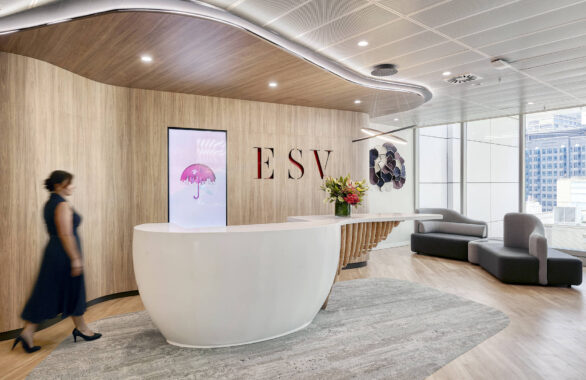